Jacques is a French exchange student who attends Norrisville High.

Jacques is interested in the strange American traditions and ways. He loves making films with deep meanings to make people think, although his fellow peers don't seem to get it. Once he figures out his ability to jump is his "secret sauce" for success, Jac becomes quite confident in flaunting it around Norrisville High. His dreams are shattered when the Ninja out-flips him in their flip-off, humiliating him a lot and resulting in getting stanked by The Sorcerer where he is transformed into a monkey-like monster. Jac is also willing to save people in trouble, attempting to ward off the balls from hitting Randy and Howard, his new BFFs. 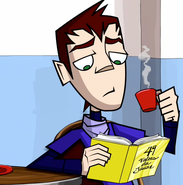 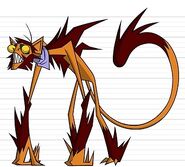 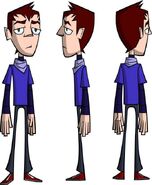 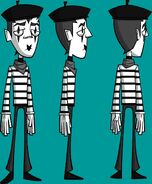 Add a photo to this gallery
Retrieved from "https://randycunningham9thgradeninja.fandom.com/wiki/Jacques?oldid=77696"
Community content is available under CC-BY-SA unless otherwise noted.